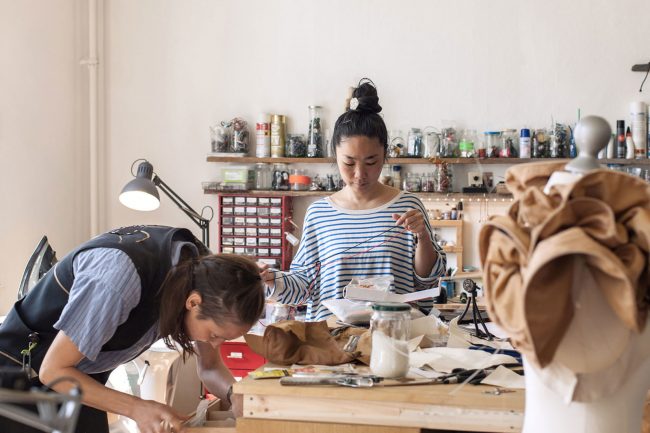 (image credit: Aimee Shirley for FvF Productions, from an interview with Mika)

Please join us this coming Monday for an Artist Talk by Artist and Designer Mika Satomi (KOBAKANT, nerding.at).

She will discuss bespoke wearable technology costumes for performance, soft electronics and present some of her projects for art, theatre and music performances.

Mika Satomi is a designer and an artist exploring the field of eTextiles, Interaction Design and Physical Computing. From 2014-2016, she has been a guest professor at the Weissensee Art Academy Berlin. She has worked as a researcher at the Swedish School of Textiles and at the Distance Lab, Scotland in the field of practice based design research. She holds BA in graphic design from Tokyo Zokei University, and MA in media creation from IAMAS, Japan. Since 2006 Mika has collaborated with Hannah Perner- Wilson, forming the collective KOBAKANT creating artistic projects in the field of eTextiles and Wearable Technology Art. She is a coauthor of the e-Textile online database “How To Get What You Want”.