This week’s weekend marks the end of my own editorial shift as I will be giving over control to the students. So I get to do whatever I want one last time.

I’ll start of with the best story that has ever been published on the internet. Behold, the unfathomable story of Boatmurdered:

This elephant has killed so many guys he has a fucking full on last name and title now. But one of the dogs finally knocked him unconscious. 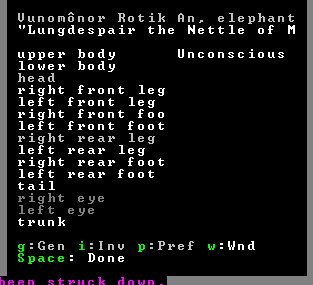 Continuing with the list of bestest best texts that have ever been publish in distinct media, here’s the best newspaper article that has ever been printed (in german): Vergesst eure Leitkultur (by Hans Georg Soeffner).

Finding the bestest best youtube video of all time is a bit of a hard one, but I’ll go with this most wonderful quick intro to creating your own motion capture setup (long before kinect and equivalent was out) from a presumably Czech guy calling himself Brejla. Every hope and dream of the power of the internet is neatly encapsulated in one and a half minutes.

The best podcast ever pod-cast is most obviously this episode on debate clubs and their aesthetic development (via Radiolab, obvs.):

So Ryan became the vanguard of a movement that made everything about debate debatable. In the end, he made himself a home in a strange and hostile land. Whether he was able to change what counts as rigorous academic argument … well, that’s still up for debate.


The most bestest ever piece of music created in human history is Kola Kid’s “Can’t Hide Your Love”.

The bestest best documentary movie, like, ever, is, of course “Working Man’s Death” by the late Michael Glawogger. It’s not to be found in the Hivemind of the interwebs, so I will post the link to the trailer.

In the Ukraine, a group of men spend long days crawling through cramped shafts of illegal coal mines. Sulfur gatherers in Indonesia brave the smoky heat of an active volcano and the treacherous trip back down. Blood, fire and stench are routine for workers at a crowded open-air slaughterhouse in Nigeria. Pakistani men use little more than their bare hands to dismantle an abandoned oil tanker for scrap metal. Steelworkers in China fear they could be a dying breed... Five portraits of heavy manual labor, increasingly less visible in our technological 21st Century.

And the bestest best videogame of all time is Sensible Soccer, but that would be boring, so I leave you instead with a tutorial video of the interface of Dangerous Waters. What better way to reevaluate your thoughts on Phenomenology while sipping on Sunday coffee and trying to figure out the deeper philosophical meaning of uncertainty and risk assessment in Cold War era technological advancement.