my Spaghettimonster and it’s Babies

Up until recently I would introduce etextiles via a process of opening up and taking apart classic electronics components in order to first understand how they work, to question the intentions and circumstances of their making, before moving on to re-making them oneself from soft/textile materials. and establishing that such a re-making is also opportunity for re-imagining.

More and more now, being situated in the theatrical context, my work is shifting to developing means of inviting people (students, audiences) to be playful and creative with wearable technology in order to explore narratives, as well as generate their own narratives.

The process of first understanding how-things-work and why-things-are puts much weight on the-making-of-technology before it is ready-to-play-with. In the context of teaching workshops and courses with students, the making tends to weigh heavily and consume the majority of the time. Things are never really ever finished. This means that one can keep working up until the last minute if there is no outside pressure to stop working and start playing. I try to create this pressure by setting deadline for the making and dedicating time for playing, but it is hard to enforce the importance of finishing something to leave enough time to “really” play with it when the value in playing is not (yet) known to those upon whom I am enforcing the the play upon.

So, after 10+ years of teaching workshops in which participants spend 90% of the time understanding and making technology themselves and only 10% actually using/interacting with the things they have imagined and made, I noticed I was trying to make more and more space for the using/interacting but mostly failing because making can go on forever. There is no natural end to making. The deadlines I imposed always got extended.

Inspired by my experiences working together with Mika as KOBAKANT and co-teaching and observing production developments within Spiel und Objekt and the Puppetry department, I decided it was time to finally do something to get the playing to be the main focus of my etextile and wearable work(shops). The change I made now seems somewhat obvious, but took me time to fully embrace. Possibly because it entailed pre-producing a working setup – a kit-of-parts for us to play with. Not because i didn’t have the time to produce this KIT, but because so much of my thinking was about NOT working with preexisting parts in the first place, but with materials. 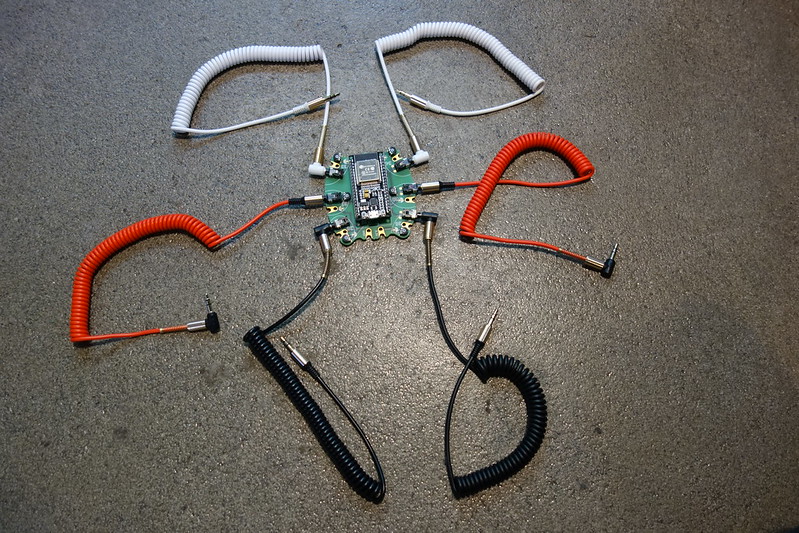 The spaghettimonster is basically a breakout board for an ESP32 Dev Module with 6 3.5mm audio sockets connected to 6 ADC i/o pins. So that one can then use aux cables to make connections between the ESP and textile/wearable sensors mounted around the body or in/on puppets or objects. It’s babies are little breakout boards for sewing to the contacts of an aux socket.

So far i’ve used the spaghettimonster in two courses and had a lot of fun! 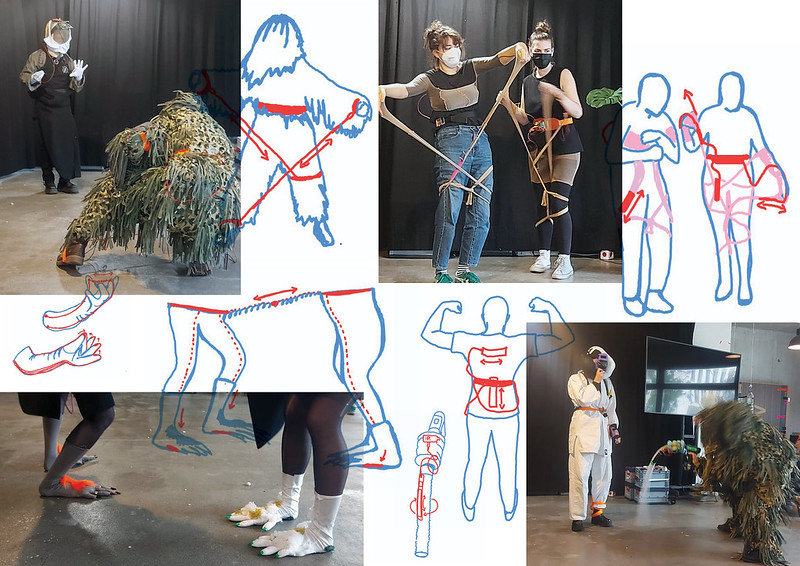 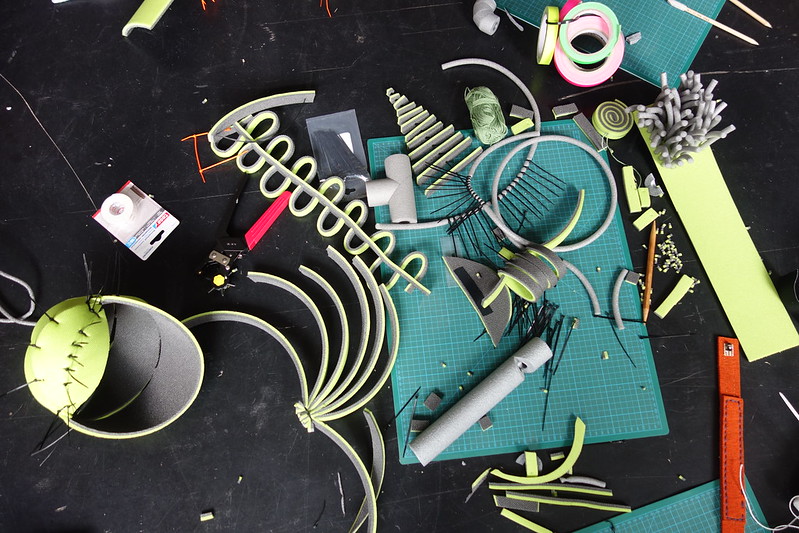